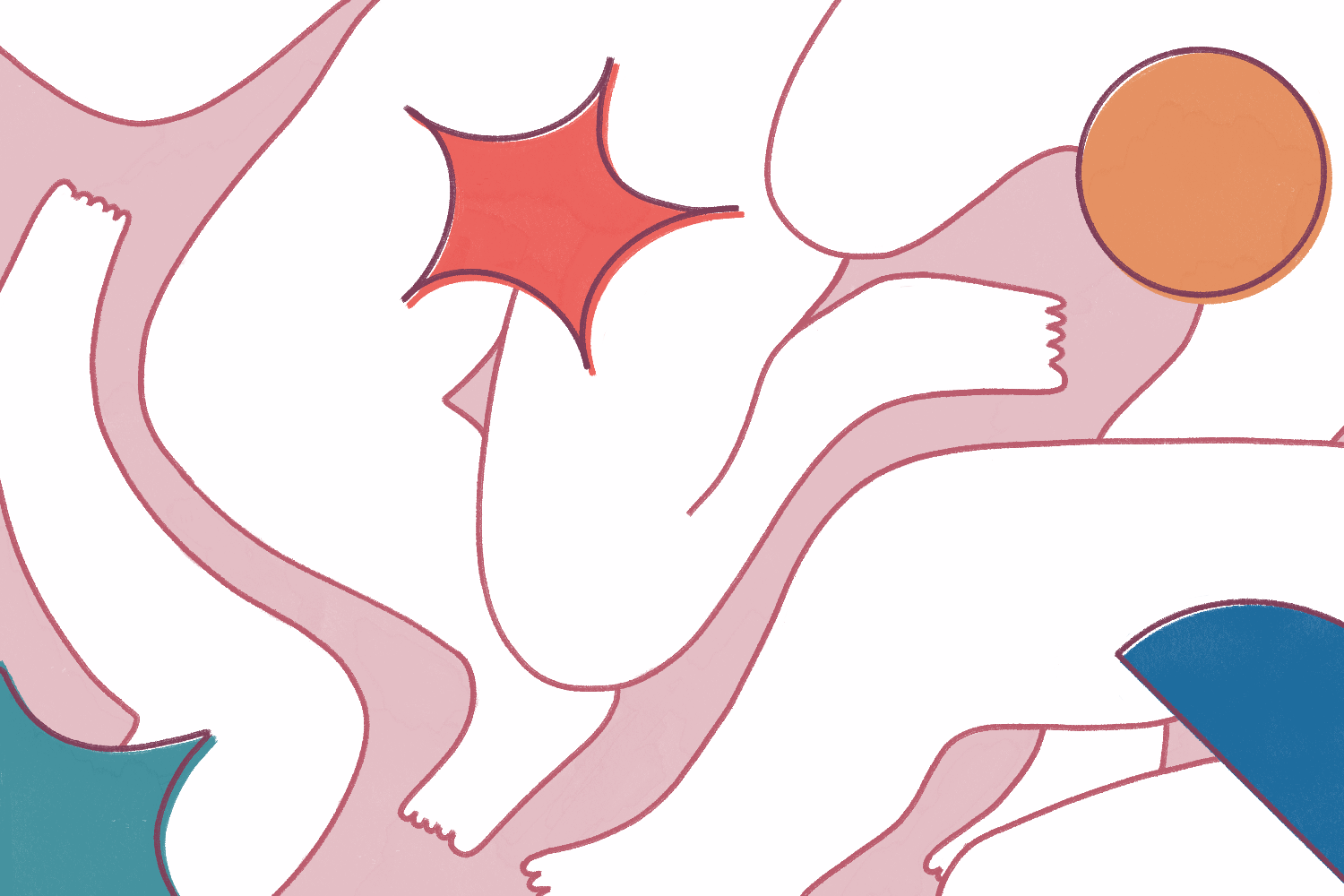 Recently we surveyed a number of Australians for our Big Sex Survey. We asked about everything from sex education, to pornography consumption, to frequency of orgasm—and some of our findings might surprise you.

We found out that the orgasm gap is still alive and well in Australia, with women orgasming during sex far less frequently than their male partners. Although the orgasm gap gets smaller in the younger generations, women of all ages still reported orgasming in less than half of all sexual encounters they had.

The guys didn’t have it easy, either. Although men reported orgasming in more sexual encounters than women, they also reported faking more orgasms more frequently than women did. A quarter of all Millennial men reported faking orgasms, as did 27% of Gen X men—although 0% of Senior men and 1% of Boomers said they faked orgasms, which perhaps indicates that the pressure to ‘fake it’ reduces as we get older.

We reckon this indicates that there’s a lot of uncertainty and pressure around having orgasms, and all of us are feeling it in some way or another. Where we should be feeling satisfied, many of us are left in the dark—so we decided to investigate the orgasm and find out everything you’ve always wanted to know about other people’s orgasms (and everything you’ve wondered about your own).

What actually is an orgasm, anyway?

“The simplest definition of orgasm is to refer to it as a peak moment in pleasure, but everyone will experience this differently,” says sex coach Georgia Grace. “There isn’t a single definition of what an orgasm actually is, and that’s because there’s a lot to consider about everyone’s individual experience of orgasming. When talking about orgasms, we’re actually talking about something that is physiological, psychological, emotional, and sexual.”

So although orgasm can be a big physical sensation, it isn’t just that. It’s also connected to our emotional and mental states, which goes a long way in explaining why some of us find it hard to come when we’re stressed, angry, upset, or even just tired.

Georgia points to researchers like William Masters and Virginia Johnson, who developed early models of what an orgasm looked and felt like. They described it as:

Helen Singer Kaplan added to this model in 1979 by including a ‘Desire’ stage before Excitement, which acknowledged that many—but not all—people feel a sense of desire prior to getting aroused.

These models of the orgasm can be useful, but they won’t describe everyone’s experience because not everyone’s orgasm occurs on a linear scale. “Since these two models we’ve seen the work of Emily Nagoski, which has suggested that arousal and desire are not the same thing,” says Georgia. “You may be physiologically aroused and not wanting or desiring sex. On the other hand, you may be wanting and desiring sex but not physically showing signs of arousal.”

Orgasms are different for everyone. We can experience fluctuations in our arousal and desire on the way to climaxing, we can experience different types of desire that influence our orgasms in different ways, and—quite simply—not everyone orgasms every time they have sex.

So we know, scientifically, what an orgasm is. But how does this translate to the real world? Why do different people have different kinds of orgasms? How can we have an earth-shattering orgasm one day, but only a tiny one the next day? Does everyone react to orgasms the same way we do? Basically—how do we know that our orgasms are normal?

“Orgasms aren’t always going to be eye-rolling, leg trembling affairs,” says Georgia. “In fact, sometimes it can just feel like a release or a very gentle peak.” An orgasm might feel tingly, relaxing, like a release of pressure, or ‘like a butterfly flapping its wings’.

The body can have several different types of orgasm, so there’s no one-size-fits-all way to climax—but in general, an orgasm will usually feel better or more intense than anything else you’ve felt during that sexual encounter, whether it’s with yourself or someone else.

How long does an orgasm last?

The average orgasm can last between ten and thirty seconds, and the time it can take to reach orgasm varies too. Some people reach orgasm quicker than others, but the average male takes between five to seven minutes and the average woman takes about thirteen minutes. Although, as with everything related to orgasms, your experience is unique and there’s no wrong amount of time in which to come.

Some people are able to have many small orgasms one after the other, others report occasional ‘super orgasms’ that go for far longer than the average orgasm. What matters most is that you enjoy the orgasm you have—and that you’re still enjoying the sex you have even if you don’t come.

“Orgasms can be incredibly pleasurable and exciting, but we must take the ‘goal’ of orgasm out of sex. Let me be clear on this point: sex does not end in orgasm, and sex is not only a great time when you’ve come,” says Georgia.

What do most people do when they come?

Obviously, that’s not true. Different people climax in different ways—some people are really loud, others are super quiet. Some people like to be touched or held as they come, others don’t. There’s a whole host of interesting reactions humans can have to orgasm: some people laugh when they climax, others can experience intense muscle contractions, and some people even have ‘crygasms’ where they find themselves crying after orgasm.

Anecdotally, some people can experience waves of nausea during or after climax, and one medical paper even discussed two men whose orgasms caused severe flu-like symptoms that lasted for a week! Everyone’s response to orgasm is different, and there’s no right or wrong way to come. But if you ever experience anything during orgasm that concerns you—like dizziness, shortness of breath, or losing consciousness—it’s worth checking in with your GP.

For men and people with penises, orgasm often—but not always—ends with ejaculation. A ‘dry orgasm’ can occur if you’re undergoing treatment or therapy that involves the pelvis or reproductive system; if you’ve experienced nerve damage; or, anecdotally, if you’ve already come a lot in the last day or so.

Our take is that if it feels good, do it and enjoy it—as with so many other things relating to sex and the human body, orgasms can be completely unique to you. It can be reassuring to know that other people experience pleasure and climax the same way you do, but it’s certainly not required that you have the same kind of orgasm as everyone else—or that you even orgasm at all—in order to have a fulfilling and fun sex life.

To learn more about the foundations of great sex from acclaimed sex coach Georgia Grace, check out NORMAL's online video masterclass The Modern Guide to Sex. 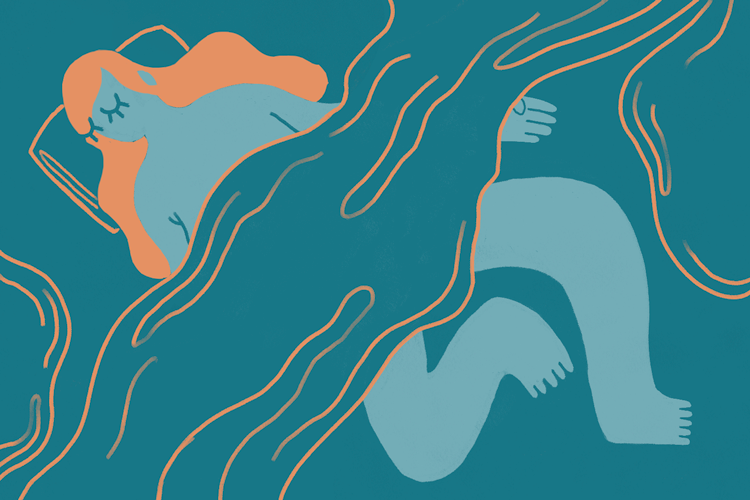 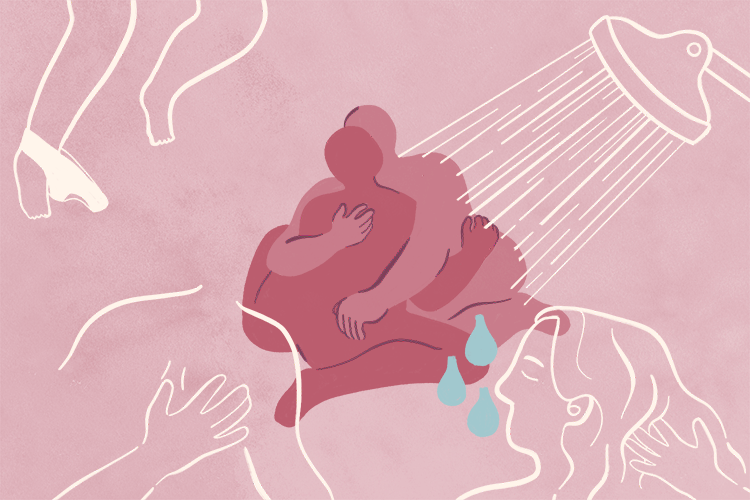 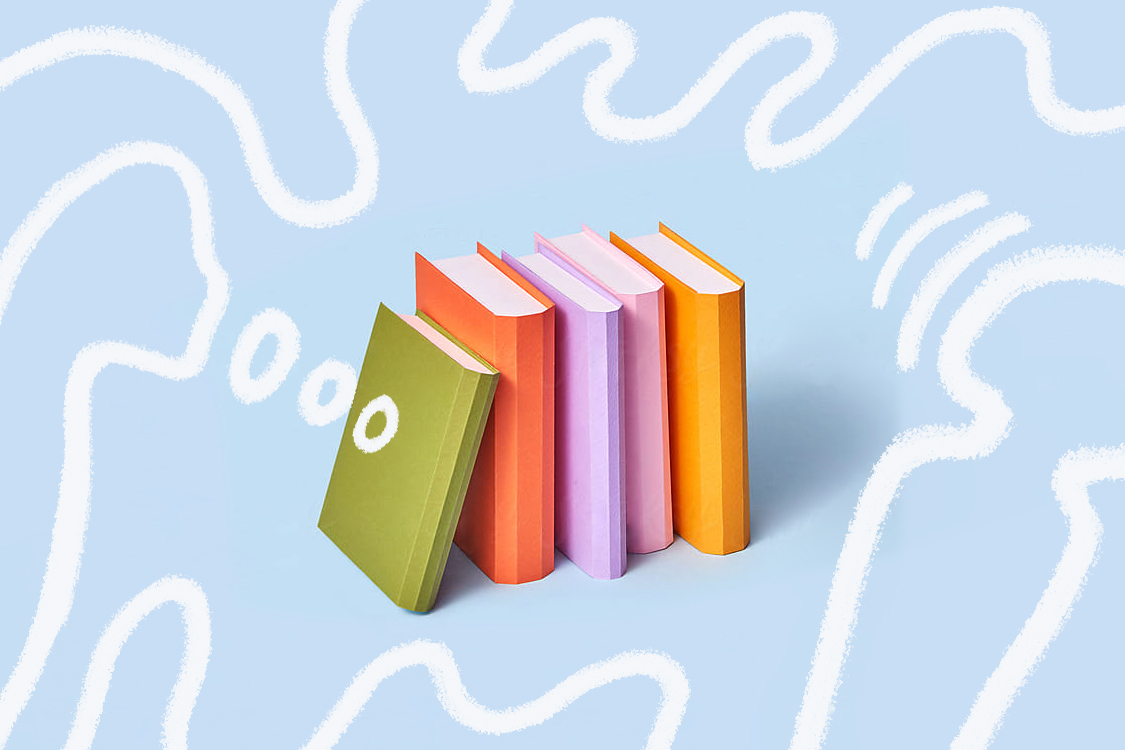 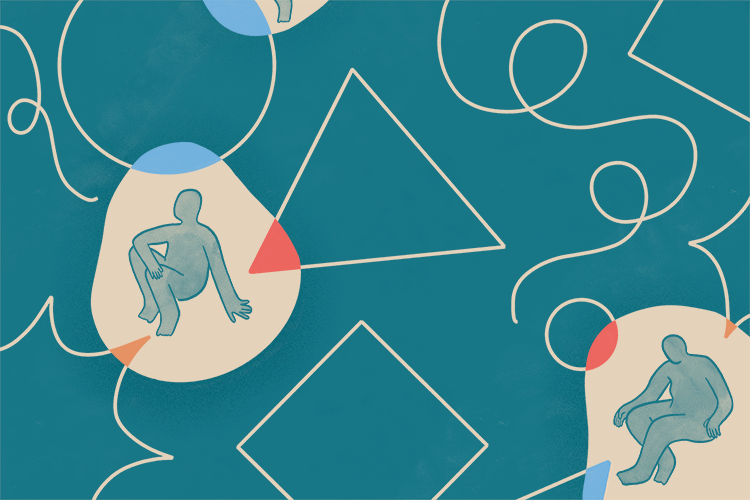 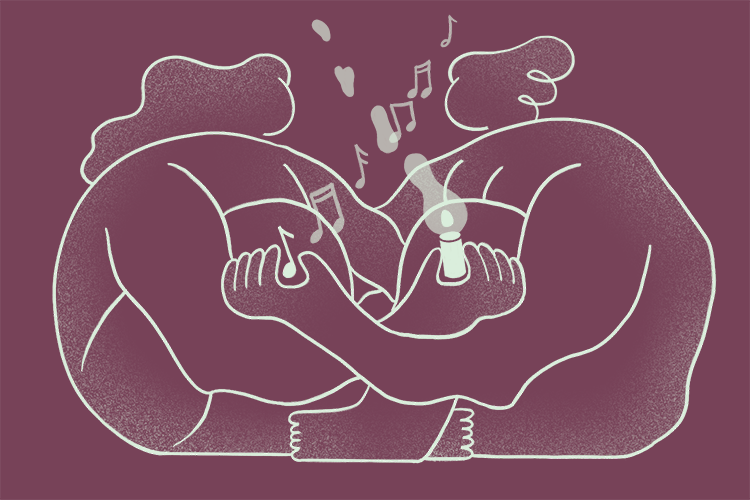 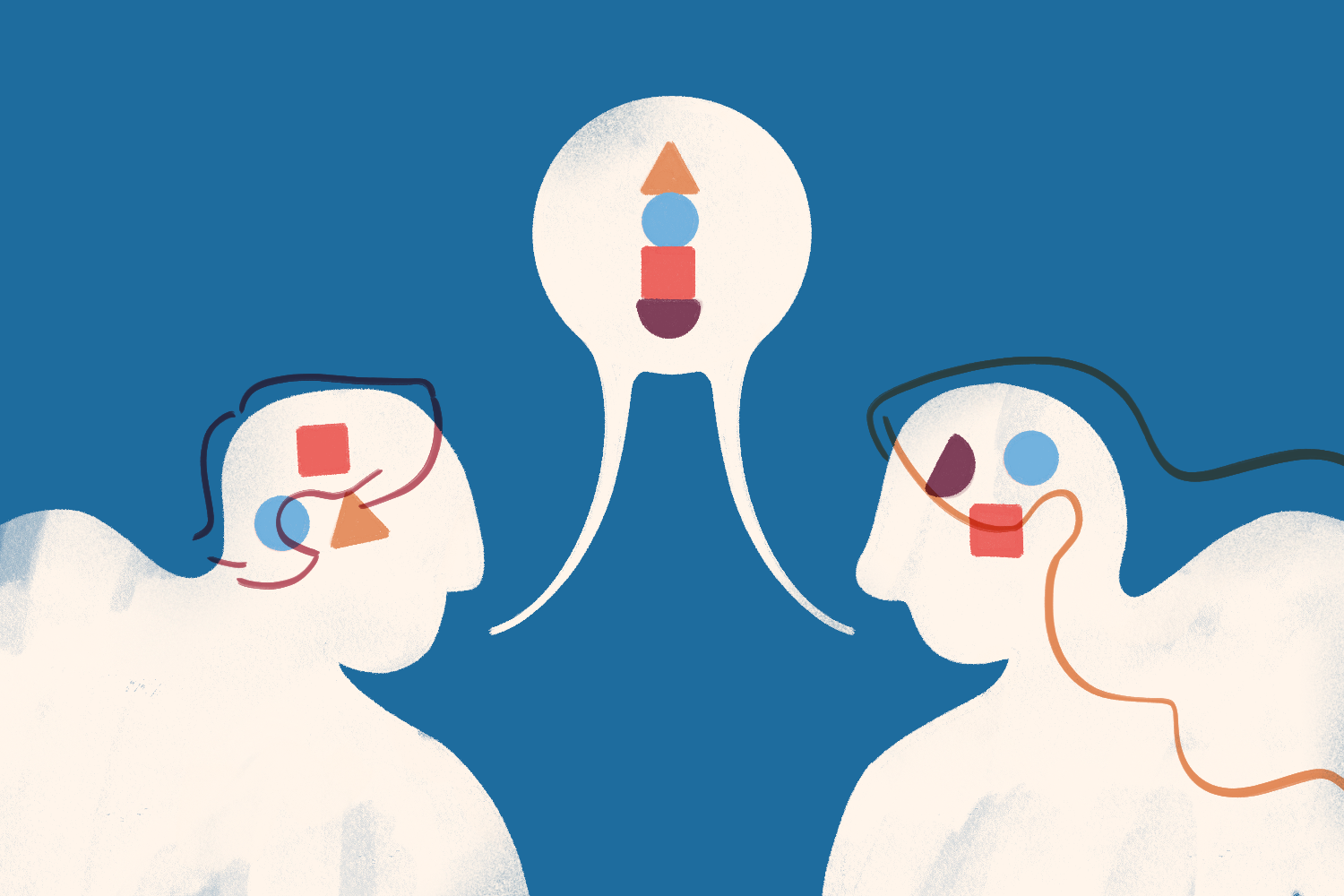